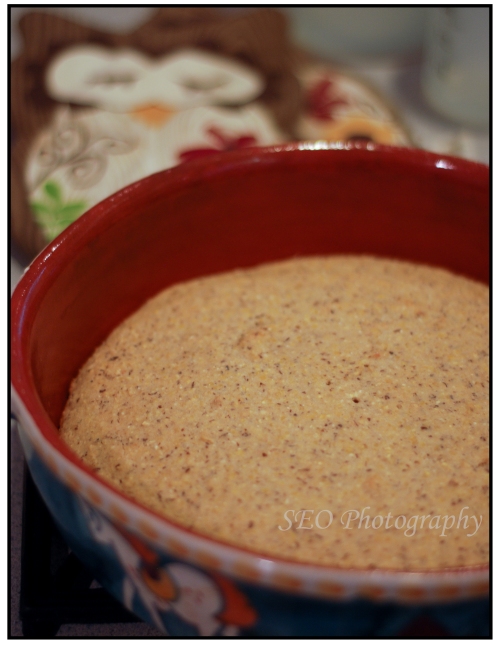 Vegan cornbread fresh from the oven!

I’m not a vegan or even a vegetarian, but most of the time I eat that way, so I’m always looking for new vegan and vegetarian recipes. I learned some great non-dairy “cheese” recipes over the last year and a half and have been surprised to find that I don’t miss the real thing much at all. In fact, last spring was the first time since high school that I didn’t suffer from allergies. I can honestly say I feel a lot better when I avoid dairy and that eating tons of cheese made from nuts hasn’t had a negative impact on my weight.  Anyhoo, this year I am revving-up the search to find the best vegan recipes out there.

For New Year’s day we had vegan hoppin’ john with collards, and both were  rich and delicious despite the lack of meat. I used smoked salt and a little smoked paprika in both. Of course, I waited until it was too late  to make anything to go with them, but the beans and greens made a hearty meal on their own.

Still, I decided since we will be eating this dish for a few more days I might as well add to the menu. Tonight we’ll add brown rice and VEGAN CORNBREAD. Ta-dah! I found a well-reviewed recipe on food.com and gave it a try. (This  recipe was developed by an 11 year-old girl – GO, GIRL!)

It’s only my second attempt at vegan baking. I tweaked the recipe a little, using white whole wheat flour instead of all-purpose, and added a little hot water to a bowl of flax meal instead of mixing it on the stove. One reviewer suggested letting the batter sit for 10-15 minutes prior to cooking, so I did that too. Why not?  Another person recommended preheating the pan and then rolling a little oil around in it before adding the batter, which I also did. I used some shallot oil I made the other day in hopes it might impart a little extra flavor around the edges. Sadly, I don’t have an iron skillet, but that’s always suggested when it comes to cornbread. 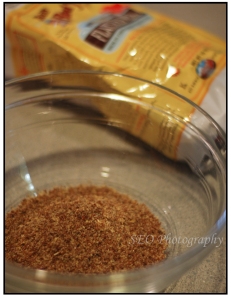 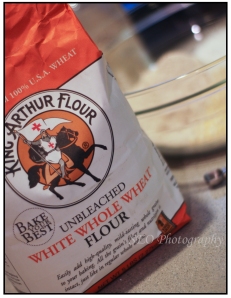 Verdict?  Pretty darned good! In fact, it was perfect dipped into the juices of the greens and black-eyed peas. I still need to try a piece slathered in (non-dairy) butter. My bonus kid loved it, and he’s only 8 so that makes it a hit! Yum! It’s more savory than sweet, so if you’re lead by a sweet tooth you might add more sugar to the batter or drizzle a little maple syrup over the final product. 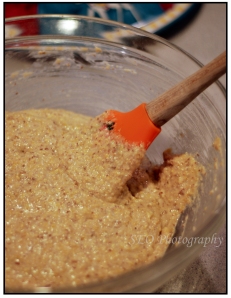 Ready for the oven!

1. Preheat oven to 425°F (I preheated the dish in the oven before adding the batter)

2. Spray 8-inch-square baking dish with nonstick cooking spray. (when I (carefully, and with potholders!) removed the heated dish from the oven, I added a little shallot oil and rolled it around to coat the bottom and sides)

3. Bring the water to a boil in a small saucepan.
4. Add the ground flax seed, reduce the heat to medium-low, and simmer the ground flax seed in the water for 3 minutes or until thickened, stirring occasionally.
5. Set aside.
6. In a medium bowl, whisk together the flour, cornmeal, sugar, baking powder, and salt until well-combined.
7. Add the ground flax seed mixture, soy milk, and canola oil to the flour mixture.
8. Beat just until smooth (do not over-beat.) (at this point I let it sit on the counter for 15 minutes while the oven preheated)
9. Turn into prepared baking pan. Bake for 20 to 25 minutes, or until a toothpick inserted in the middle comes out clean.
10. Cool on wire rack 10 minutes; invert cornbread onto wire rack, then turn right side up and continue to cool until warm, about 10 minutes longer.
Estimated nutritional data for 9 servings courtesy of www.nutrimirror.com: